The Swiss Army is known worldwide for its strict quality requirements. Therefore, the original Swiss Army blanket is one of the most durable blankets customers can find. You can use it in a variety of ways – it could be your faithful companion on camping trips, boat rides, hiking trips, or long nights by the cabin fire. 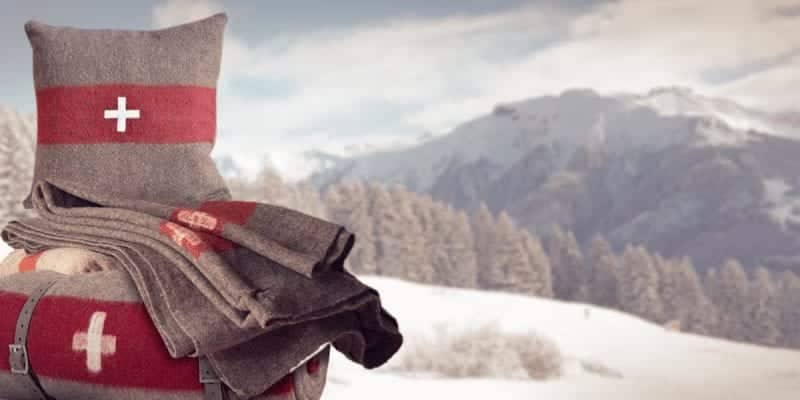 A brief history of the original Swiss Army blanket

The production of Swiss Army blankets started at the end of the 19th century and lasted until the early sixties. Their home was in caves in the Swiss Alps, which served as military depots. The original Swiss Army blankets were handmade from pure sheep’s wool with the makers’ initials signature. The Swiss Army has been using these blankets in civil defense facilities, natural disasters, and as protection for military horses. They are durable even in the uncertain Swiss mountain environment, so they have started production again!

The re-creation of these beautiful blankets started by using the original specifications – 75% of sheep wool from the Swiss Alps. Each wool fiber is a molecular coil spring, making it remarkably elastic. Due to the natural elasticity of wool, the blanket is flexible and resistant to tearing. Furthermore, since wool is a natural temperature regulator, you will be able to use it comfortably in all seasons. Moreover, the blanket protects your body in cold and warm conditions while keeping a layer of air next to your skin. 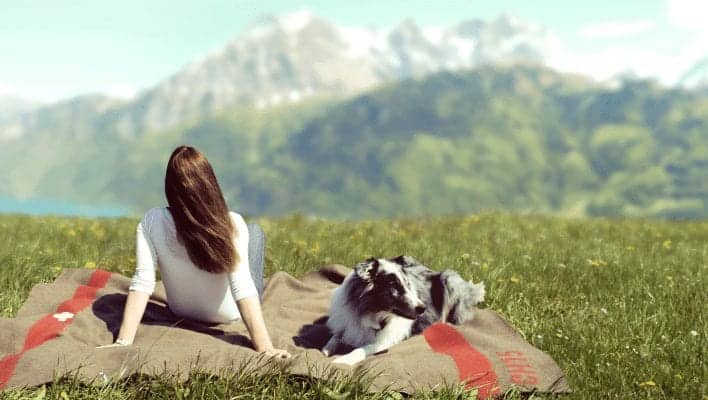 Vintage Swiss Army Blanket – a bit about the history

The vintage Swiss Army Blanket is slightly different than the version we have nowadays. It’s a historical and prestigious piece with super exciting stories from the past. So, let’s dive into it!

The surrender of Emperor Napoleon III at Sedan on September 2, 1870, was the last sign of the collapse of the Second Empire. A few days later, Prussian troops were all around Paris. But the national government from Paris, which proclaimed the Republic, wanted to continue the struggle. So a provincial army led by General Bourbaki was formed quickly. The goal was to repel the invaders and liberate Paris. A final counteroffensive went through Franche-Comté, intending to destroy the German positions.

But despite some partial victories, Bourbaki’s army suffered a heavy defeat near Héricourt in January 1871.

On February 1, 1871, the French Eastern Army, under the command of General Bourbaki, was interned in Switzerland. The internment marked the final turning point in the French-German War and was a milestone in the history of Swiss neutrality policy.

After handing in their weapons at the border, the Bourbaki soldiers were welcomed in Switzerland. The conditions of reception were set out in the internment agreement. It was signed on February 1 in the Neuchâtel village of Les Verrières. In less than 72 hours, 87,847 French soldiers crossed the border.

That was undoubtedly the most significant refugee intake in Swiss history. Moreover, this event was an essential step in developing the Swiss Red Cross (SRC), founded only four years earlier.

So, what does it have to do with the Vintage Swiss Army Blanket?

Regarding the Infantry Battalion 15 arriving in Aarau, there was the following statement: ” During the day, the military equipment stored in the armory was collected: Caput with Federal Field Bandage, bread bag, cooking utensils, bulwark tools, etc. In addition, each man received a woolen blanket, which, although it increased the significant weight of the equipment, subsequently served very well in this winter battle.”

From 1882, the entire army was continuously equipped with bivouac blankets stored in the armories. The 104 fusilier and rifle battalions had 90,940 blankets. In addition, for eight genie battalions, mounted troops, artillery, train, and others, there were 30,475 blankets for 148,435 men of the 1899 troops and 121,415 blankets.

There is also an exciting story regarding numbers and letters on the Vintage Swiss Army Blanket (check the product for additional information).  Starting in May 1944, the stamps found their place on the right side of the head end of all bivouac blankets. The marks are still clearly visible.

As you can see in the photo, you can get a Vintage Swiss Army Backpack with the blanket in our new bundle. Such an outstanding combo! Use Swiss Army Blanket inside and outside

Keep the army blanket in your car, boat, or cabin. You can easily use it indoors or out as a bedspread, seat cover, or warm cover for your dog. The structure of the blanket is wool; as a result, it is highly absorbent. Therefore you can lay it down even on a moist forest ground and relax.

Unlike vintage blankets that are historical pieces, original Swiss army blankets are 100% made in Switzerland. Besides, every blanket has a red band on each side with the recognizable Swiss cross in the middle. The soft and seamless craftsmanship will thrill you. However, it would be best to never machined wash your blanket because of wool; only dry clean. One blanket for a lifetime

This high-quality army blanket will last you a lifetime. It can be a conversation piece in your home, a trusted companion on nature trips, or a durable bed for your pets. Also, it is easily recognizable and brings a sense of nostalgia to all of us. Because of its neutral tones, it will match any home decor. Its hefty weight and size will keep you warm and toasty in any situation. It is, for sure, excellent value for your money!