Maybe you don’t know, but the mechanical watch could lose a few seconds over a period in inadequate conditions. Some of the conditions that could affect its accuracy are magnetism, temperature, physical orientation, etc. Despite that fact, luxury Swiss Watch still has fantastical precision!

There are so many brands in the watch industry which don’t want to publicize accuracy promises. And if we understand complexity in the process of making good watches, we can surely think of many reasons why. But as an admirer of a good quality watch and its customer, only we need to know is why should we trust watch mechanism in almost every condition we can predict. There are two solid reasons to name it. But to have very belief in these reasons we should go to Swiss watch companies to check. Or, in such an easier way, we could test powerful Swiss Watch on ourselves, use this wherever we are on this planet or in space, just like NASA astronauts did on their mission to the Moon.

However, you can read the following, and there will be enough to believe in the extraordinary power of the Swiss watch.

First reason you should believe in Swiss Watch Accuracy anytime

Swiss Watch companies have a specific and very strict test for the accuracy. Watches in trade are those that have passed all stages of the rigorous test. And to be even better, some companies have open science laboratories that can be visited by every customer. You can go there and find out about this strictness of test.

These labs have the purpose of researching even more effective techniques to achieve even better accuracy. It tells us that Swiss watchmakers are quite obsessive about accuracy. They once checked it and then checked it, again and again, many times. Ultimately, the process of making luxury Swiss Watch you wear today takes time around one year.

Surely, luxury Swiss watch is the product of tireless scientists. These scientists are constantly learning how to make better quality through better techniques.

Second Reason you should believe in Swiss Watch Accuracy

But If you are not interested so much in knowing how fast technical knowledge grows, but only want to have trustful relation with the mechanical watch following fact will help. Thanks to the Federation of the Swiss Watch Industry, Switzerland mostly exports mechanical watches which have been certified by COSC. The COSC is a Swiss non-profit organization that has the strictest tests for Swiss watch accuracy.

I think these two facts help you to understand that Swiss Watch Industry is more interested in publication accuracy promises than any other industry in the same domain. Also, they help to figure out what is the reason their mechanical tools no one could replicate. They invest in their scientist, and thereby they invest in their multiple methods of making.

To conclude, Swiss Made Watches could give you very accurate and thus good enjoyable time. Sir Edmund Hillary had the same during the British Himalaya Expedition of 1953. He was the first man to reach the peaks of Mount Everest, and he tested his Swiss Made Watch in problematic conditions. This watch didn’t fail, as always, so far! 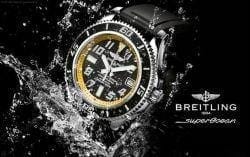