Why Are Victorinox Watches A Part Of Healthy Lifestyle?

Why Are Victorinox Watches A Part Of Healthy Lifestyle?

Victorinox is one of the Swiss companies with the longest tradition. It was developed in 1884 by Karl Elsener, and his primary goal was to combat unemployment and poverty in the Schwyz basin. Hence, he was creating jobs and helping stem the flow of emigration.

The most important year was 1891, when, for the first time, he supplied the soldier’s knife to the Swiss Army. Very soon, it became the iconic Swiss Army Knife which made the ground and the essence of this company.

Nowadays, Victorinox is a well-known Swiss company, with the global vision. All of their products guarantee the highest standards in all areas and the top quality. And most importantly, the majority of these products are manufactured in Switzerland! Hence, Victorinox meets all the rules of the “Swissness legislation”.

The Swiss Army Knife is still their core product, but there are also four other categories which were implemented throughout years – household and professional knives, travel gear, fragrances, and WATCHES!

After more than 100 years of hard work, Victorinox decided to add another classic Swiss product to their offer – watches! It was mostly because their loyal customers were continually asking for that. And then, in 1989, the new chapter began.

Swiss Army watches started off relatively modestly with inexpensive models built to withstand the rigors of active use. These original models, which were still in the Swiss Army Original collection, had nylon straps, composite cases, highly legible dials and were water resistant.

Afterward, they’ve branched into more diverse styles, and types of watches – from specialty dive watches to diamond accented dress watches and watches with mechanical movements. And, year by year, the quality was rising with each new collection. But, what makes Victorinox watches so unique? 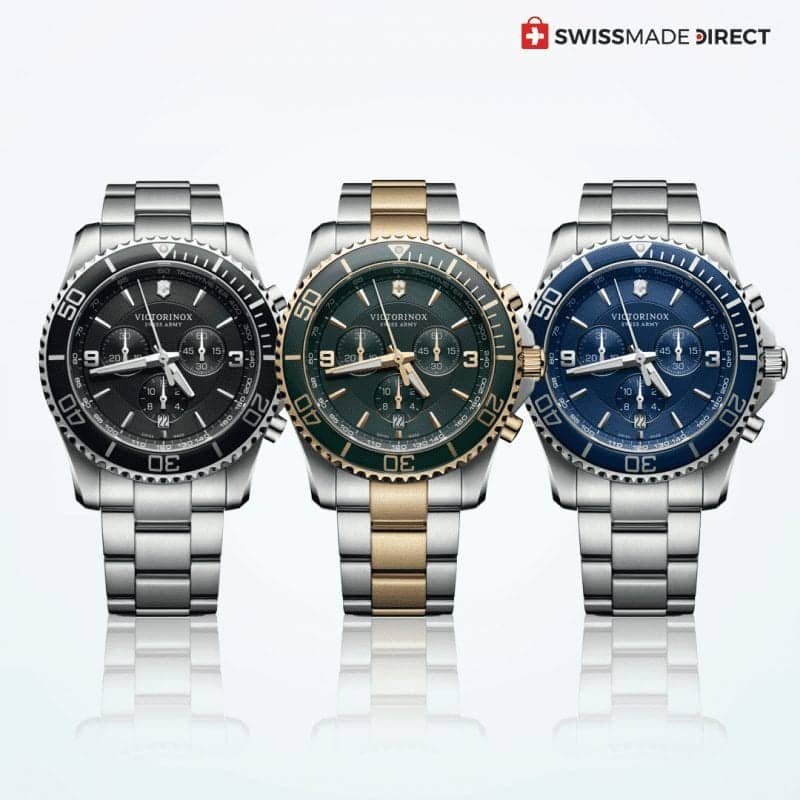 Every series of watches have the strong performance, look, and elegance. As we said earlier, these are all manufactured in Switzerland, but there is also one crucial detail. Victorinox production centers are fitted with photovoltaic installations which provide part of the electricity for watch production. Explicitly, it unites dedicated watch case production with a library for extreme material and functionality testing under one roof. And they care about everything – from cutting-edge research and development, through to highly efficient energy and waste management.

The most prominent quality of Victorinox watches is that they are completely indestructible. By the time they end up on your hand, they’ve already passed more than 100 quality and endurance control tests. Each watch had to survive all these tests to ensure lasting quality and reliability. That means you can trust them to rise to whatever challenges your lifestyle presents.

Among the most critical tests are water resistance, temperature, corrosion, UV, traction and torsion, vibration and shock resistance, aging and wear. In addition to this long control process, they are also checked between each manufacturing step. And the primary goal is clear – these watches are there to last. For these reasons, Victorinox Swiss Army watches have a three-year warranty.

All watches provide maximum utility. Functionality is a focus of every aspect of the timepiece, from the dial, which should be easy to read, to the most sophisticated professional functions. All design details are based on their practical application. Features are never mere additions or embellishments.

And, of course, Victorinox watches are inspired by the Original Swiss Army Knife, which has become, over many decades, one of the world’s most recognizable objects of functional design. Sharing the same source of inspiration, these watches are following the traditional route of Victorinox’ most famous product.

And now, let’s see how Victorinox manage to care about the environment, and why are these watches part of something bigger than just a high-quality, durable timepiece.

Victorinox pays particular attention to the low consumption of heating oil, energy, and water. From 2001 to 2018, Victorinox massively reduced the use of heating oil – from 30000 liters per year to 1500! Due to closed-circuit circulation systems, they’ve been able to halve more than the quantity of fresh water needed to cool erosion and cleaning facilities. Furthermore, they also use rainwater for the toilet facilities at several production centers.

Along with their excellent quality, Victorinox sets the highest standards for compliance with environmental criteria. They assess a range of factors from recyclability and ecological threats, to the health risks from materials and packaging, and energy consumption for manufacturing and transportation.

But, that’s not all! At the company, they’ve lately installed the new photovoltaic system in the factory building. Its goal is to produce power for the company’s own use. Also, Victorinox advocates sustainably produced electricity. Therefore, all electricity comes from regional electricity producers who generate it with their hydroelectric power plants.

Having all this in mind, it’s no wonder that Victorinox is the close partnership with climate expedition ToptoTop. For almost two decades, ToptoTop has traveled across the planet, visiting the world’s most remote regions, conducting research and educating people about how to live a sustainable life.

Victorinox is on their side for the last ten years, because of the same goals and philosophy – treating resources responsibly and protection of the environment! These are the main reasons why Victorinox decided to be the official sponsor of the ToptoTop expedition.

And what are some of the usual ToptoTop activities? Most of all, it is educating people while traveling, about how to live a sustainable life. They visit schools and teach children about tips on how to protect the environment. They ride bicycles because their goals rely on renewable energies. Also, they draw attention to global warming. All these activities are the parts of one great goal – having a healthy planet!

Since Victorinox, as we mentioned earlier, has the same goals, this cooperation with ToptoTop is essential for further expanding of environmental consciousness.

We hope that we managed to show you the essence of Victorinox as a brand which not only takes care of business but also about health and environmental issues. Their collection of watches are also a part of the big Victorinox family. Therefore, the essence of these watch series is deeply in the whole idea of the healthy planet. 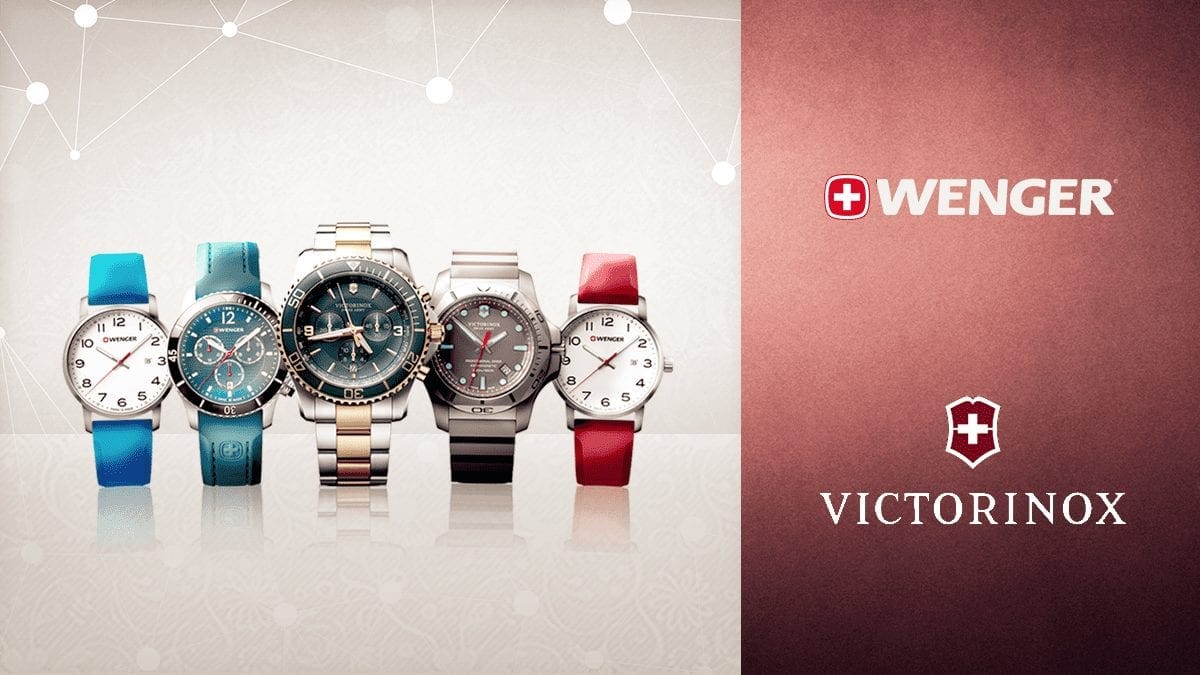