This past weekend, a red cloaked figure with a white beard has been visiting children all around Switzerland. This is not the Santa Claus you may be familiar with, but the Swiss version. The Swiss Father Christmas is based on the legend of St Nicholas, also known as Nikolaos of Myra, a historic Christian saint. 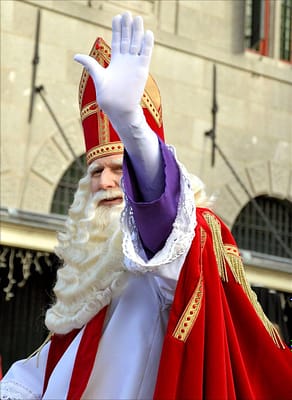 The Legend of St Nicholas

For over a 100 years, the traditional Saint Nicholas has appeared in front of the Hofkirche in Lucerne to address the community. Since 1908, he has been visiting the families of the city of Lucerne at the beginning of the Advent season. Accompanied by singers, dwarfs, gnomes and other creatures, they all line up in front of the church, while the Swiss Santa takes the central position. His appearance concludes with a story from his book, which he reads for children of all ages. 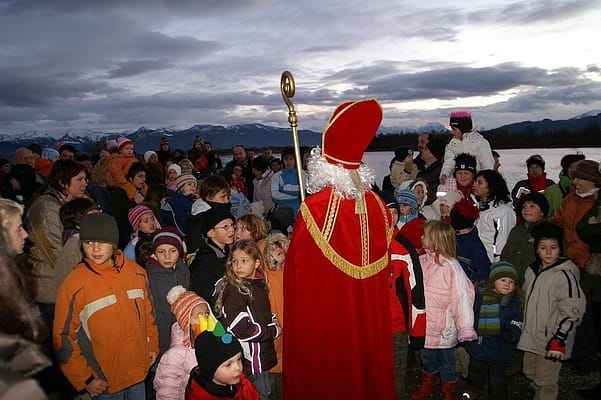 The celebration of Saint Nicholas Day goes back centuries. Apparently, the St Nicholas custom in Switzerland became intertwined with noise and masks since pre-Christian times.

The story of Santa Claus begins with a certain saint, called Saint Nicholas of Myra. Because of many miracles attributed to him, he is also known as Nicholas the Wonder-worker. He is the patron saint of sailors, merchants, children and students in various cities in Europe. Most importantly, his legendary habit of secret gift-giving became the model for the modern Santa Claus. 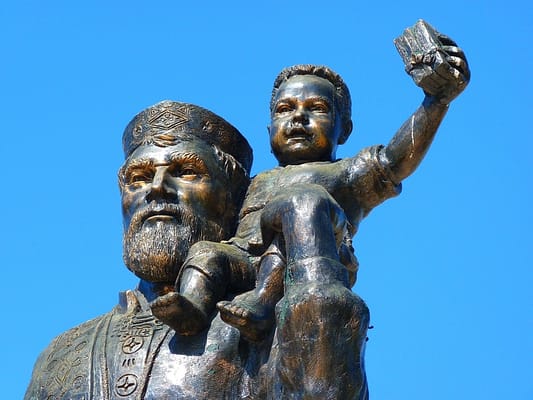 Although there are few known facts about the legend of St Nicholas, it is said that he was a kind man who spread his wealth among the less fortunate. His memorial day (6.12) is celebrated in Christianity with numerous folk customs. In German-speaking areas of Switzerland, St Nick is known as Samichlaus.

The Swiss origin of Santa Claus

In and around Lucerne, villages glow with hundreds of lights. On the eve of December 5th, men and boys in white robes parade through the streets with large bishops’ hats on their heads. They artistically design these headpieces – iffelen – and light them with a candle within. Each iffele is a unique piece of art! 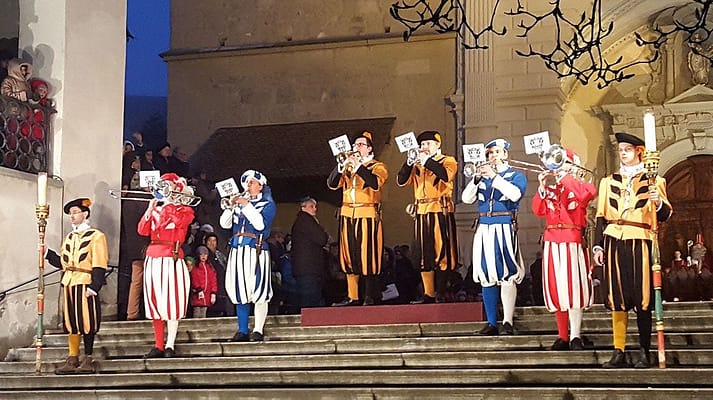 When St Nick visits homes, usually he is accompanied by the scary Schmutzli’s. Schmutzli is Samichlaus’ alter ego, who carries a broom and punishes children who have not behaved well this past year. Essentially, he is a symbol of evil spirits, which have to be drawn out with a combination of light and noise. In Lucerne, Santa’s Schmutzli helpers will use their whips on visitors in front of the Hofkirche. And if you try to run away, they will chase you even more! 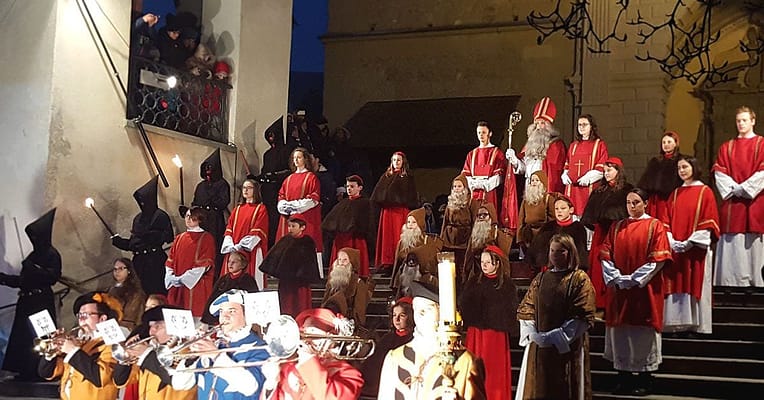 Winter processions involving loud noise and light are still popular today in many parts of Switzerland. Although Saint Nicholas Day is much different from Christmas, we can’t help but believe that Santa Claus is somewhat inspired by St Nick. Similarly to Halloween, the American Santa Claus hasn’t gained much of a following here in Switzerland. Hence, Samichlaus will surely survive the ongoing globalization, as the Swiss know how to keep their traditions alive. These kind of celebrations are crucial in bringing people together and enjoying the much important family time. 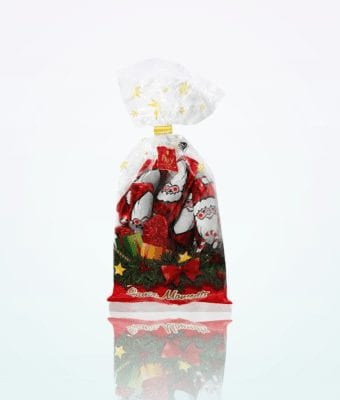 And if St Nick isn’t in your neighborhood this season, you can still celebrate his kindness with the help of some authentic Swiss treats. Bring joy to both children and adults with adorable chocolate Santa’s, reindeer, or teddy bears! They’re perfect for sharing and stocking stuffing! Furthermore, you can even decorate your Christmas tree with real Swiss chocolate. Is there anything more delicious than that? Or if melting chocolate pralines are more your thing, we’ve got you covered! Start the countdown with a piece of Swiss Christmas chocolate every day! 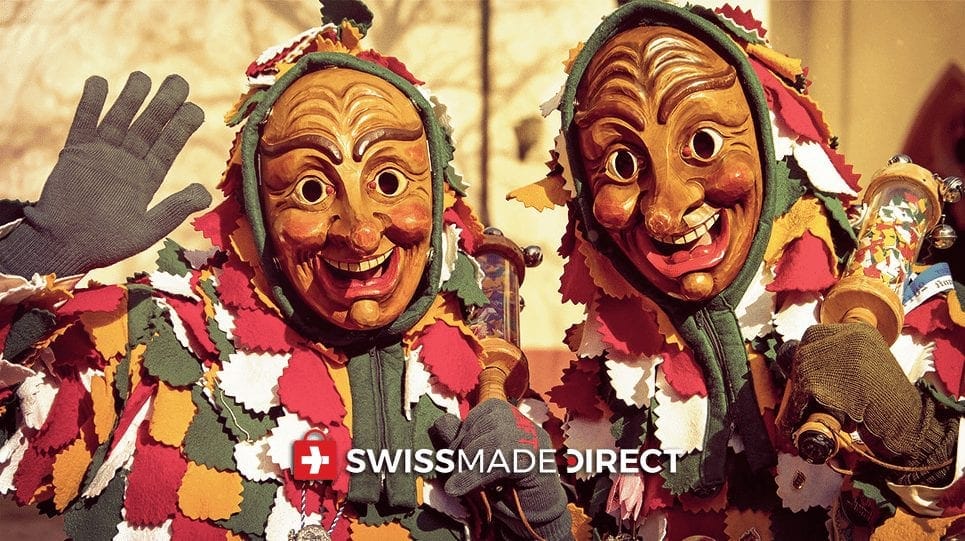 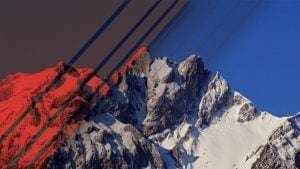 Hiking Mount Pilatus to the most popular picnic point